In March 2013, I took a leap of faith. I left my position as a partner with a prominent downtown Cincinnati law firm, and established The Hollis Law Firm, LLC – my solo law practice. I did so with the mindset that if I always put my clients’ interests first, success would follow. As I write this, nearly five years later, I am astonished at how well the simple philosophy has worked.

So how do I put my clients’ interests first? I emphasize prompt and direct communication with every client. I treat all clients – regardless of background – with respect, dignity, and compassion. I charge reasonable fees and limit my practice to the two areas that I know best: immigration and personal injury. But most importantly, I work hard and attentively to secure the best result possible for every client. 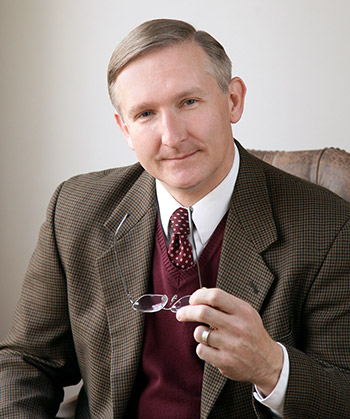 Chuck has been practicing law since March 1998. He is licensed in Ohio, Kentucky, and Indiana. For many years, he practiced with the AV-rated law firm Benjamin, Yocum & Heather, LLC in downtown Cincinnati.

In March 2013, Chuck established The Hollis Law Firm, LLC. A solo practitioner, he concentrates his practice on personal injury and immigration matters.

Chuck is a seasoned trial lawyer. He has litigated hundreds of cases, primarily in the field of personal injury, and has served as lead counsel in 17 jury trials in both Ohio and Kentucky.

Chuck’s immigration practice covers a variety of matters, ranging from family and employment-related matters to asylum, naturalization, and citizenship. He speaks Russian, and has a working knowledge of French and German, as well as some Polish. He has assisted clients from over 100 different countries with their immigration matters.  He has lectured both nationally and internationally on various topics in U.S. immigration law.  Chuck has been named a “Super Lawyer” in the field of immigration law every year since 2014.

Mentoring is an important part of Chuck’s professional life.  He delights in providing guidance to students and new attorneys sharing common interests and professional goals.  Since 2013, Chuck has been a volunteer mentor with the Supreme Court of Ohio’s new Lawyer Mentoring Program.

Chuck serves on the Advisory Board of Soteni International, which performs a variety of charitable work throughout Kenya.  His firm also shares a working partnership with the Cincinnati-based African Professionals Network.  Chuck is a past President of the Cincinnati USA Sister Cities Association. He also served on the Board of the Cincinnati-Kharkiv Sister City Partnership.

Chuck is devoted to his clients and practice, but he refuses to be a desk jockey.  He does his best to reserve evenings and weekends as family time.  After ten years of marriage, he remains hopelessly in love with his wife Angelika, who is a native of Poland.  In their spare time, Chuck and Angelika relish traveling with their two children, Ian and Natalie.  In middle age, Chuck is fulfilling his childhood dream of learning to play the piano.